Home » Recognized for its Commitment to Public Safety

Recognized for its Commitment to Public Safety

A little know or realized fact is that auto crashes are the No. 1 killer of ages 16-24. Then there are the innocent victims of those crashes too; mothers, grandmothers, fathers, children, etc. In the midst of these sad statistics, locally and nationally, South Mountain Raceway is leading
the way in the drag racing world when it comes to reaching-out to at risk youths who endanger the public with reckless driving behaviors.

2021 was one of the most successful years of our Community Street to Strip Program. In April we visited area hang-outs on the weekend speaking to hundreds young car-enthusiast. We invited the would-be street racers to come to SMR on sign-up day in May. A visit would
earn them a $10 Sheetz gas card.

The success of the Community Street to Strip Program is not measured by the numbers of participants, but by the outcome of those that remain committed to the 6-month journey. On sign-up day in May, we had 22 street racers show up and had fun being flagged at the
starting line by a Pennsylvania State Trooper. Sixteen signed into the program and most continued to show during the first few weeks.
However, as weeks turned into months, only six remained committed by October. Ironically, most of them were the hard-core street racers. 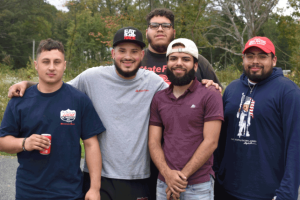 Most of them completed the program’s required assignments and made the visit of Lili Trujillo from Street Racing Kills [California],
and Maria Avile [North Carolina] a memorable time. Both mothers lost their children, as victims, of a street racing crash. On Saturday, October 9, South Mountain opened its door for the conclusion of our 2021 program. Kathy and Mike Jones, and others volunteered their time, as well as representatives from several police departments, including the State police.

The remaining participants battled it out and the winner then raced the one participant from the group who had earned the most points throughout the year from doing our assignments. That winner then raced the police for the cash award. However, 2021 was the first time that the police won the championship; the award will be returned to the bounty fund for next year, and doubled! The trophy was presented to the police. 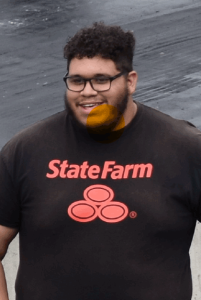 Our national effort these past 18-years were to create the most appealing and educational program that benefited a community, track owners, police departments, public safety, the survival of sportsman racing, and of course, our youths. Our program can be replicated at any track; imitations will not produce the same results.

South Mountain Raceway has been an example and leader which, the entire drag racing world should observe. They have opened their doors and cooperated with our programs as we continue to improve every element of our mission. Thank You South Mountain Raceway and
those who support this great facility where young lives are changed.

Send a Message to The Mountain

These Fine Companies Support Your Track. Please Patronoize Them.